The first “wearable” electronic technology to emerge on the market was a digital watch, the Hamilton Pulsar, which was released in 1972 at the price of $2,100 and featured an LED display behind a ruby crystal.1 Since then technologists, fashion designers, sports equipment companies, the healthcare industry, and AR/VR developers, among others, have been fascinated with ways to weave technology into our clothing, accessories, and daily lives. 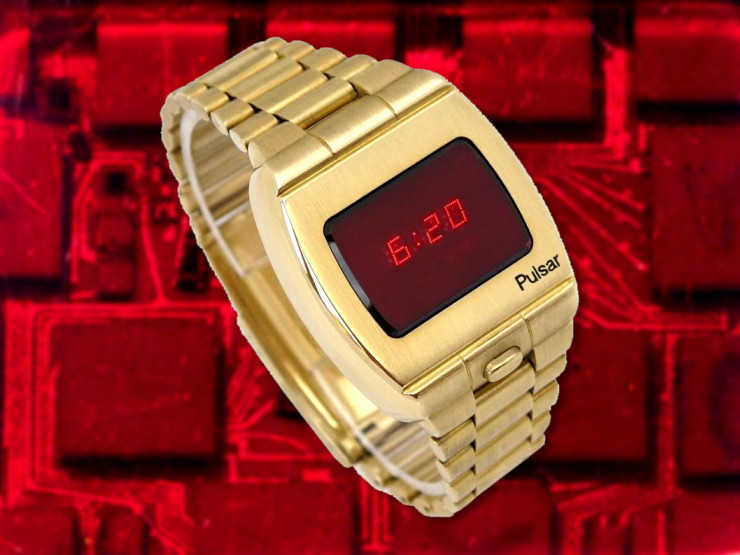 By 2014, activity trackers started catching on, and the Nike+ Fitbit and Google Glass had been released, earning it the nickname: “The Year of Wearable Technology”.2 The blockbuster Apple Watch first came out in 2015, helping the previously niche product category break out into the mass market.3

Today, wearable device sales are expected to reach 225 million units globally in 2019, with smart watches accounting for 74 million (about 33%) of those. Smart ear pieces (“hearables”) are expected to become the top segment by 2022, as total wearable unit sales grow to 453.19 million worldwide that year.4

Staking Out the Body’s Real Estate

The popularity of fitness trackers and smart watches has turned the wrist into the number one location for wearable tech to date. Smart glasses and visors are gaining popularity as well, which, along with smart headbands and ear-worn devices, have made the head another popular technology site on the body.

But other parts of the human geography are also attracting attention as places where displays and technology can be integrated. For example:

The wearable tech landscape can be grouped into three different functional categories: sensor/monitoring, information display, and visible light functionality. The first category is focused on sensing and monitoring the body’s activity—from fitness and sleep trackers to medical monitoring devices. These products typically integrate with an app on your phone or some other device that captures the information from wearable sensors. New types of “smart textiles” are in development/prototype that incorporate sensors within the fabric of clothing. Many wearable devices enable the user to view and interact with their data through a connected display, for example via a smart phone app.

Another integration of technology and clothing has been decorative application of LED strips and lighted panels. In 2015, Dutch researchers created stretchable and conformable thin-film-transistor driven LEDs laminated onto textiles.5 In 2015 and 2016, applications of LED strips, bioluminescence, and other lighted effects were all the rage on the runways of New York Fashion Week.

You can now order a light-up hoodie to wear to your next rave. LEDs are also being used in clothing for safety purposes, for example, a vest that provides visibility for pedestrians, joggers, and cyclists out after dark.

The third category of wearbles include smart watches and smart headgear that incorporate display screens to provide the user with information, such as time, weather, activity data, or communication alerts. But what about integrating display screens into actual clothing? That’s coming too. South Korean researchers have found a way to protect electronic display elements from moisture, making it possible to create wearable, washable fabric displays.6

For the moment, however, wrist devices and headsets still dominate the wearables category. Smart watch and wrist-worn devices are typically just 1/2” –to 2” per side. For smart watches, a backlit TFT LCD or OLED display screen technology is generally used, or in some cases an electronic paper display for reflectivity and to reduce power usage.
The flexibility of active matrix OLED (AMOLED) displays lends themselves them to more creative wearable designs in future.7 The current advantages of AMOLED vs. PMOLED technology for wearable applications have been summarized by US Micro Products:

Comparison of AMOLED and PMOLED screens for wearable applications. Source: US Micro Products

At the same time, developers are reportedly working on microLED versions of smart watches that could be released to market in 2020.8 MicroLEDs potentially can be thinner and more brilliant, and offer faster response time and reduced burn-in compared to OLED panels.

Whether LCD, OLED, microLED, or other display technology, smart watches and wearable display devices demand rigorous quality inspection to ensure visibility and clarity through day-to-day use in a broad range of viewing environments—from darkness to full sunlight. To inspect and qualify these displays, Radiant provides high-resolution imaging systems that match the discernment of human vision.

Our ProMetric® Imaging Photometers and Colorimeters offer high-resolution, low noise, precision imaging down to the pixel and sub-pixel level. Used with TrueTest™ software, our systems help to ensure that LCD, OLED, and microLED displays look impeccable and perform well perfectly right out of the box. Stay tuned for a future post where we’ll take a more in-depth look at smart glasses, visors, and other head-mounted wearable technology products and how Radiant ensures the quality of these devices.